Throughout the world wars unknown humans and animals -dogs, horses- selflessly and honorably give their lives to save the existence of thousands of unknowns. The millions of soldiers’, pilots’, sailors’ bravery and ingenuity should always be remembered.

They went with a song,

Buried their dreams in green grass.

With reverie, amazement and a pang in the heart I learned about the millennial support that canines bestowed on us, humans. Read more here:

Dogs, Man’s Best Friend, as Illustrated by Art, From Once Upon a Time to the 20th Century
Dogs joined Kings in battles, the Crimean War, the American Civil War, the First Anglo-Boer War and the Russo-Japanese War
Why dogs Were so indispensable during warfare AND how dog training began
Amazing Roles Dogs Played During WW1, part 1: Dogs in Trenches and Ratter Dogs
Amazing Roles Dogs Played during WW1, part 2: Scouts, Sentries, Ambulance and Messenger Dogs
Amazing Roles dogs Played During WW1, part 3: Sled Dogs, Pulling Dogs
Amazing, True Stories of WW1 Dogs #LestWeForget
Dog Mascots of WW1 and Their Cute Faces
British Dogs of WW2, the Amazing, the Cute and the Incredible
American Dogs of WW2, the History of the First K9 Unit, Cappy, Chips and Daisy
Paradogs, the Flying Dogs of War
The Soviet Union, German and Japanese War Dogs of WW2
War Dogs History after WW2 to the Fall of Berlin Wall
Military Working Dogs of Gulf War, Iraq War and the War in Afghanistan

During WWII dogs from the “War Dog Training School” near London often gave soldiers, besides loyalty and a trusted and brave companionship, a feeling of home away from home:

WWI was fought mainly in the trenches, hand to hand, face to face, man against man. Civilians knew little of direct war consequences as bomber aircrafts were yet to be developed.

1911:the Wolsey engine of a Voisin 60h.p donated by Duke of Westminster to the War Office was used as the engine of 1st B.E.1 plane Britain went into WW1 with.

A sentry dogs would growl or bark to alert his duty soldier when a stranger approached.

The very early British planes of WWI had 70 h.p Renault engines, 70 mph speed at ground level, a petrol tank enough for a 3hrs flight and could rise to 10 000ft.

The Renault engine from which the 1A was developed:

Military dogs were used as night message bearers during war due to their excellent night vision.

Early British planes of WW1 could carry a load of 100 lbs & a crew of 2 armed with hand grenades, riffles, pistols… one of which still had to fly the plane.

War dogs of WW1 were trained to hunt cat size rats that lived in the trenches.

Britain fought most of WWI with its Royal Flying Corps and its Royal Naval Air Service. The RAF, Royal Air Force, was formed only on the 1st of April 1918.

If a problem occurred, war messenger dogs had to be able to solve it on their own to still deliver that message.

1st rudimentary WWI planes used in scouting missions behind enemy lines forced an improvement in anti-aircraft guns, which in turn evolved planes’ power, their climb speed and defense systems on board.  This is how fighter planes were born.

During the war, dogs provided great comfort to those fighting&living in trenches, providing a bit of home feeling and lots of affection to them.

When WWI started, British air squadrons had 3days to prepare for action – meet at Dover from all over Britain & fly to France, to war, on 12August 1914…

On the night before taking off for France at the very beginning of WWI, British pilots slept beside their airplanes, in portable timber & canvas hangers.

St Stubby was an American WW1 #dog who saved his regiment from surprise mustard gas attacks.

Lt. Harvey-Kelly of 2nd Squadron was the 1st British pilot to take off for France @ outbreak WW1. He took a shortcut & landed before his CO – this got him into trouble…

One of the first WW1 British pilots to take off for France, Lt R.M. Vaughan, did an emergency landing @ Boulogne, was arrested by French authorities & imprisoned 1week… redtape

bully beef, bread & biscuits were the ration of WW1 soldiers.”Sing me to sleep, the bullets fall Let me forget the war & all Damp is my dugout, cold is my feet Nothing but biscuits & bully to eat.”

Pilot Norman Spratt on an unarmed scout Sopwith 1seater plane, forced a German plane to land by circling around it.

war #dogs in outpost duty were trained not to bark, only prick their ears…#silentheroes#InternationalVolunteerDay

Lt Leefe-Robinson brought down the 1st German Zeppelin that fell on British soil at Hertfordshire during WW1-he attached it from above with incendiary bullets.

Dogs were also used to transport equipment and wounded soldiers.

2nd Lt Wulstan Tempest brought down a German Zeppelin L31 firing with one hand, while hand-pumping petrol in his own malfunctioning open aircraft- at 15000 ft

Sec.Lt .Tempest on a Zeppelin going up in flames: “got red inside like an enormous Chinese lantern, shot up 200feet, paused and shot past me, roaring like a furnace”

WW1 dogs were often equipped with gas masks for protection…

To intercept German Zeppelins over North Sea during WW1 Bristol Scout single-seater biplanes were ready 4take off fr. carrier Vindex. However,they could not land back on it-so they were fitted wt.airbags to land on water & hoisted aboard the carrier.

A soldier and his beloved and trusted companion, a war dog.

A dogcart had a different meaning in Belgium during WW1

WW1: beginning of photo.reconnaissance is done by holding cameras over the side of the airplane & changing the photo plate after each shot.

During WW1 dogs were seen as mascots in US army. Only during WW2 were they used officially and so the term “wardogs” was born.

Unlike WW1, in #WW2 countries involved used airplanes distinctive to their own culture & scientific progresses.

After DDay volunteers with RAF cleaned old fuel tanks, filled with beer & flew them to the soldiers fighting in Normandy, as a reward

Spitfire, single-seat WW2 RAF fighter aircraft, got its name from a pet-name the factory chairman had for his daughter.

Dobermans were USMC official dogs, labeled “Devil Dogs” from the German nickname given to the American Marines during WW1.

During WW1, at the Battle of Somme, the British used tanks for the 1st time ever, causing panic among the German troops.

Come WW2 and Russians use dogs as anti-tank missiles. Sadly…

During WW1: Eskimo dogs were brought from North America to help the French soldiers fighting in the Vosges mountains of the Alps .

“On New Years Eve we called across to tell each other the time and agreed to fire a salvo at 12.” (wrote home Karl Aldage, a German WW1 soldier)

Winter 1914 during WW1: the high level snow in the Vosges mountains made transport of food, warm clothes and ammunition to the soldiers and the removal of the wounded impossible without the help of snow dogs.

No Christmas Truce took place during WW2 although a German woman, Elisabeth Vincken, sheltered and fed three US soldiers and four German ones, all lost and hungry. Nearby the Battle of the Bulge was taking place. It was Christmas Eve, Heiligabend 1944.

WW1: New Year’s Eve: there were very few ways of celebrating the New Year. The Scots played their bagpipes and German troops the harmonica. It was a cold night in the trenches.

New Year 1914 in the trenches of WW1: soldiers toasted with grog they brewed themselves. Scots Guards played elegies on their bagpipes.

“Poilus d’Alaska” was a secret WW1 mission that brought 400 Alaskan dogs to France to aid the soldiers in winter.

WW1, winter of 1914- the Christmas Day football truce game between #Germans and the British was won 2-1 by Germans. It was started by a soccer ball kicked from a British trench and ended by two German snipers.

Chips was a Collie–German Shepherd–Siberian Husky mix. He was the military working dog decorated the most during World War 2.

Do you enjoy war stories and perhaps love dogs? Have a look at my book Joyful Trouble, Based on the True Story of a Dog Enlisted in the Royal Navy, a World War Two story, available from Amazon in eBook, paperback and large print format – read FREE on Kindle Unlimited. See a preview bellow.

What readers have to say about “Joyful Trouble”:

5 STARS: “the spirit of the dog is brought to life by the author’s lively storytelling. I fell in love with the enthusiastic puppy and wanted to know how he got his name.”

5 STARS: “Being a dog person myself, I absolutely loved this book. I laughed with this book and shed a tear or two as well. Overall this was a quick and very delightful read. Even though this book is tagged as a children’s book, I would recommend it to all.”

5 STARS: “I love this book and it made me happy” (Review from 10 year old, who completely loved this warm and touching story).

Do return to this page for more war stories.

The images used are are property and copyright of their owners and are provided for educational purposes and personal use only. 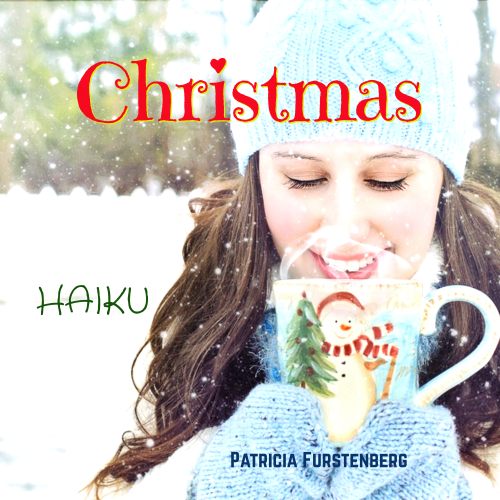