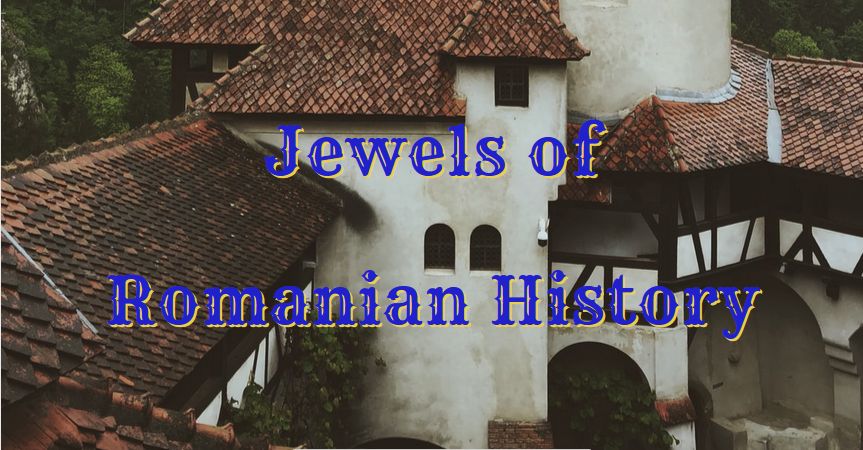 The jewels of Romanian history and travel, of any historical event and travel location, are the details that tend to fall between the chunks that make it in the history books, the sparks that matter, the ones we will gladly remember.

Romania is a unique, marvelous country with such varied landscapes, from majestic Carpathian Mountains to the white beaches of the Black Sea with silky sands; from a charming countryside to medieval towns, majestic, mysterious castles, wooden churches, and sweet music.

Before reading further, you might like to read my thoughts on other jewels of Romanian history and travel. Jump to:

Castles and Fortresses of Romania:

Bran Castle, a Historical Door Kept under Key for Centuries
Bran Castle and a Secret Tunnel down a Well
Bran Castle, Time Tunnel Explained, All You Need to Know
Time Stands Still in Romania and Taking Kindly to It (near Bran Pass)
A Humorous Legend from Țara Bârsei and Bran Castle Photos
Bran Castle, Exciting History and a Covid-19 Vaccine
Bran Castle’s Unique Door Knocker and a Crocus Legend

To Marvel at the Medieval Towers of Sighisoara Fortress
Looking UP: Street Lamps from Brasov and Fagaras Castle, Romania, part2
The Iron Maiden of Fagaras Castle
Travel to Făgăraș Fortress, Romania

On Romanian Cities and on Travel:

Travel to Romania via 25 Amazing Photos
A Train Journey through Snow, in Romania
Bucharest or Paris? Travel Photography and a Guessing Game
Doors from Bucharest or Paris? Guess!
Why You Must Have Transylvania on Your Holiday Destinations List

Looking at the Sea (in Mamaia)
Looking UP: Street Lamps from Bucharest, Romania

Architectural Jewels from the History of Medieval Romania:

A Journey through the Medieval City of Sighisoara, Romania
Medieval Sighisoara and the House where Vlad the Impaler was Born
Medieval Horns, a Dark Staircase, and Amazing Photos from Sighisoara

ON THE HISTORY OF ROMANIA:

4 Romanian Myths between Culture, History and the Sacred
The Holy Fire of Easter
A Midsummer’s Night, from Magic Sânzienele to Machiavelli’s Dream

I plan on updating this page regularly, so do return for more jewels of Romanian history and travel.

A FEW SNIPPETS FROM ROMANIAN HISTORY:

Archeologists consider the clay tablets discovered in the village of Tartaria, Romania, as the earliest known form of writing in the world. Dating from 5300 BC.

Danubius was considered to be the great God of Danube river. To earn his favors, the Dacians would bring him offerings at the river’s port of entry into their territory, Dacia (now Romania) Here, great Danubius is shown on Trajan’s Column.
Speaking of Dacians… 3 000 BC the Daci, Dacians occupied the area we know today as Transylvania, while the Getae occupied the south and west of today’s Romania. Some say they were parts of the Thracian tribes, but it is not so if we take a close look at the words we inherited from them (Geto-Dacs, Dacians) as well as some proper names and the fact that they recognsed only one god, Zalmoxis.

Of course, with Daube spanning 1,770 miles from Germany’s Black Forest to the coast of Romania, Danubius will have many names and faces.

When Romans, under Trajan, invaded Dacia (now Romania), Trajan’s eye was caught by Dochia, a Dac princess. She asked the gods to remain in her homeland no matter what and was instantly turned to stone.

Using monsters as an advantage.
Dacians, Romanian’s ancestors, had a battle flag made of a wolf’s head on a serpent body. When wind blew it produced a howl, wolfish sound, thus intimidating the adversary.

Human sacrifices were brought to Zamolxis, ruler of underworld in Romania. Three spears were held upright while a messenger, swung by legs and arms, was thrown into them. If he died, Zamolxis was benevolent. If not, the emissary was deemed sinful,a new one chosen.

Love fortresses? Castles? The first mention of Fortress of Deva took place on this day in 1269, when Stephen V, King of Hungary and Duke of Transylvania mentioned “the royal castle of Deva”. This one goes on my wish list. (22 February 1269)

On my wish-list: a visit to Fortress Neamt, Moldavia, North-East of Romania, first mentioned in an official document on 2nd February 1395. This majestic stone castle saw four long centuries of anti-Ottoman battles & brave ruling, like that of Prince Petru I, Stefan cel Mare(Stefen the Great) and even a visit from Vlad Tepes (Vlad the Impaler).

A Vlad II Dracul (‘the Dragon’) coin struck circa 1445-1446.
Left: an eagle standing, head towards the right; cross above;
Right: a dragon advancing, its wings are spread.
Minted by Vlad Tepes’ father in the cellar of his Sighisoara home.

Legend says that a gold chalice was placed by a fountain near Targoviste Fortress, where Vlad the Impaler (Vlad Tepes, aka Dracula) ruled from, for all to quench their thirst with. None dare steal it. The day the cup was gone was the day all knew that Vlad was dead.

Vlad Tepes, aka Dracula, is often portrayed in movies as a cruel ruler fond of impaling. But this form of punishment dates back to 1700BC Babylonia, was also used in Egypt & later in the Holy Roman Empire.

In was on 13 January 1527 on this day when Prince Stephen the Young of Moldavia (grandson of Stephen the Great) died at the hand of his wife Stana. You see, Stephen liked Ruxanda, Stana’s sister and the wife of his neighbor, a Wallachian Prince. Stephen declared war, lost and then settled for Stana who soon poisoned him…

Come 1848 and the French Revolution bursts in Paris, spreads over Europe, reaches Romania. ‘Liberté, égalité, fraternité‘ becomes ‘Dreptate, Frăție‘
Below in slideshow: Delacroix‘ allegorical painting of Liberty leading the People, a pyramidal composition: the base strewn with corpses, the victors & flag, its apex.
Also, Revolutionary Romania by C Rosenthal, a painting whose history became representative for the Romanian Revolution of 1848.

Already from the day we met
Was my freedom mortal shot ?
She’s but a girl as they, and yet
There’s something more, I don’t know what.

No matter what we speak, or do,
The moments in sweet silence fly,
For somehow there is music too
When she is mute, I don’t know why.

Maria Cuțarida-Crătunescu, born 10 February 1857, was the first Female Doctor in Romania. She was a Doctor in Medicine, studied at University of Montpellier where shr specialized in ‘diseases of women and children’.

Imagine three principalities sharing the same culture and language, divided for centuries by foreign political agendas. It’s history.
On 23rd January 1859 Alexandru Ioan Cuza became Ruler of two of the Romanian Principalities, Moldova & Wallachia. This was the first step towards a whole Romania. “Traiasca Romania dodoloata” was later said during the Great Union of 1918.

Happy to celebrate Brancusi Day on 10 February. Constantin Brancusi was born in 1876 in Romania. He was known as “the father of modern #sculpture.” He was also a painter, architect and a master of “abstract art.” Best know for: Column of Infinity Kiss, Miss Pogany, Gate of the Kiss

What I like about being a grownup is that history makes a lot more sense. It was on 21st February 1907 that a spark from Moldavia, at the very North of Romania, spread like fire to South-West: the Romanian Peasants’ revolt against inequity of land ownership. Revolta de la 1907.

It was on 5 January 1909 that 21 canon blasts welcomed the birth of Princess Ileana, youngest sister of King Carol II of Romania. She cared for wounded soldiers during WW2 and opened the ‘Queen’s Heart’ hospital at Bran. Forced to exile, she founded Monastery of Transfiguration in USA and later became a nun.

I must have walked hundreds of times past The Palace of the National Military Circle, also known as the Officers’ Circle Palace – inaugurated almost a century ago, on 4 February 1923 by King Ferdinand I of Romania and Queen Mary.

I plan on updating this page regularly, so do return for more jewels of Romanian history and travel.